What Does it Mean for UNDRIP to Become Law in Canada? 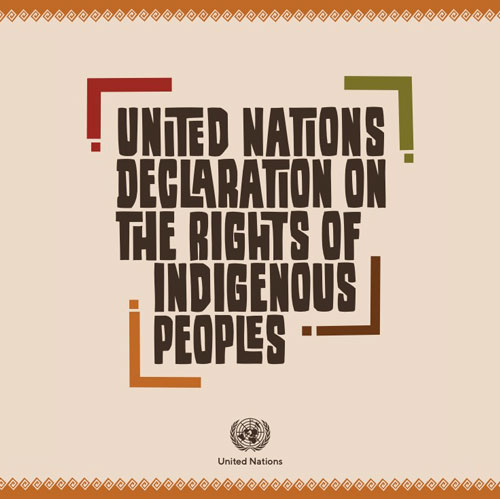 On February 17, 2021, Parliament commenced its second reading of Bill C-15 An Act respecting the United Nations Declaration on the Rights of Indigenous Peoples. Passing Bill C-15 into law is being heralded by some as a major milestone in Canada’s journey to reconcile with its Indigenous Peoples. What would it actually mean should Bill C-15 be passed into law?

The stated purpose of Bill C-15 is to affirm the United Nations Declaration on the Rights of Indigenous Peoples (“UNDRIP” or the “Declaration”). UNDRIP as a universal, international, human rights instrument with application in Canadian law and to provide a framework for the Government of Canada’s implementation of UNDRIP. The implementation of UNDRIP is part of the Government of Canada’s commitment to advance the reconciliation of Indigenous peoples with society and respond to Call to Action #43 of the Truth and Reconciliation Committee.

If passed, Bill C-15 would require the Government of Canada, in consultation and cooperation with Indigenous peoples, to:

The Legal Effect of the Declaration

In Canada, international treaties and conventions have no direct application to Canadian law unless they have been properly implemented by statute (Baker v Canada (Minster of Citizenship and Immigration), [1999] 2 SCR 817 at para. 69).

Generally, if Parliament wants to incorporate a specific international instrument or agreement by reference and give it the force of law, then clear language must be used (see Reference re Pan-Canadian Securities Regulation, 2018 SCC 48 at para. 51).

In order to determine whether Bill C-15 would effectively give UNDRIP the force of law in Canada, we need to examine the specific language of Bill C-15. First, we look to the preamble. The preamble of an enactment is intended to explain the purpose and objectives of the new law (see the Interpretation Act, RSC 1985, c I-21). The preamble of Bill C-15 states that “the Declaration is affirmed as a source for the interpretation of Canadian law”. These words provide a strong indication that the intention of Bill C-15 is for the Declaration to act as a statutory interpretation aid only as opposed to becoming law itself.

It is the provisions of Bill C-15 that are binding and will determine its legal effect. Section 4 of Bill C-15 states “the purpose of this Act is to affirm the Declaration as a universal international human rights instrument with application in Canadian law”.

To “affirm” means to “declare or affirm solemnly and formally as true”. The effect of these words appears to simply demonstrate respect for UNDRIP as a universal, international, human rights instrument.

The more relevant question is what do the words “with application in Canadian law” mean? One dictionary definition of “application” is “the action of putting something into operation”. This interpretation would be consistent with sections 5 and 6 of Bill C-15 (examined below), which set out a process for the implementation of UNDRIP.

Notably absent from both the preamble and section 4(1) of Bill C-15 is any language stating that the clear intention of Parliament is to give UNDRIP the “force of law in Canada” as has been done by Parliament in the past when signalling an intention to give effect to an international instrument or agreement in Canadian law. See for example the Canada-Mexico Tax Information Exchange Convention Act, 1991, SC 1992, c 3, Part IV at s 21).

Accordingly, it appears that Bill C-15 would not incorporate UNDRIP directly into, or give it the force of law, in Canada. Rather, Bill C-15 will more likely be used by the courts as an interpretative aid when determining whether existing and proposed Canadian laws are consistent with the aims of UNDRIP.

Consistency with Laws of Canada

The other two key provisions of Bill C-15 are sections 5 and 6. Section 5 states:

The Government of Canada must, in consultation and cooperation with Indigenous peoples, take all measures necessary to ensure that the laws of Canada are consistent with the Declaration.

To be “consistent with” means to be “compatible or in agreement with” something. Bill C-15 does not explain what consistency with UNDRIP would mean or how consistency will be achieved in Canada given the existing legal framework. Rather, the question of how consistency will be determined is not answered. We know only that it is intended that UNDRIP be used as a source for the interpretation of Canadian law as opposed to the words of UNDRIP themselves becoming law in Canada. One possibility is that the consistency test may focus on whether Canadian laws meet the “spirit” of UNDRIP rather than the “letter” of, or literal application of UNDRIP.

What would it mean for Canadian laws to meet the “spirit” of UNDRIP? There is no question that UNDRIP and the articulation of the principles contained therein is a significant and critical step forward on the international stage in order to effectively recognize and protect the rights of Indigenous peoples globally. In this context, UNDRIP provides an important benchmark in a world where the basic human rights and well-being of Indigenous peoples have historically been, and continue to be, ignored, harmed and overridden. In some countries, there is no legal protection of Indigenous rights whatsoever.

In Canada, we already have a sophisticated legal regime for the protection Indigenous rights. First, human rights are generally protected through the Canadian Charter of Rights and Freedoms and second, the Aboriginal and treaty rights are already and expressly protected by section 35 of the Constitution Act, 1982. We also have a strong and evolving body of case law on the rights of Indigenous peoples to be consulted and accommodated when the federal and provincial governments are considering legislation or actions that may impact those Aboriginal and treaty rights. Canada is different in this way; many other countries do not have the same level of legal and constitutional protection of Indigenous rights as a starting point.

The exercise being required by Bill C-15 is to determine to what extent our Canadian legal framework is consistent with the international benchmarks set out in UNDRIP. Given Canada’s explicit legislation to protect human rights, including Indigenous rights, it may be possible that our Canadian laws will be able to easily pass this consistency test. However, it is more likely that there will be issues due to the differences in language used in UNDRIP versus the language used in Canadian law; UNDRIP uses broad, aspirational language of generally-agreed upon principles while Canadian law uses very specific language based on our history and the interpretation of our Constitution and legislation.

In particular, and relevant to the development of natural resources in Canada, is the concept of obtaining “free, prior and informed consent” (also known as “FPIC”), found in numerous UNDRIP articles and Article 32(2) in particular. Article 32(2) reads:

States shall consult and cooperate in good faith with the indigenous peoples concerned through their own representative institutions in order to obtain their free and informed consent prior to the approval of any project affecting their lands or territories and other resources, particularly in connection with the development, utilization or exploitation of mineral, water or other resources.

In contrast, the law on duty to consult in Canada stipulates that governments are required to consult, and possibly accommodate the rights of Indigenous peoples when those rights are potentially affected. While the parties are expected to negotiate in good faith, actual agreement is not required to satisfy the duty. Further, the courts have been clear that actual “consent” is not required (except in a few and limited circumstances) and does not include the right to “veto” a project.

To determine whether the duty to consult law is consistent with FPIC raises the question of whether legal consent is required and if so, what form does it take. The dictionary meaning of “consent” means to give “permission or agreement for something to happen”. In Canada, “legal consent” has different meanings in different contexts. To determine whether actual, literal consent is necessary or whether the “spirit” of consent is sufficient and can be satisfied through existing environmental impact and regulatory review processes. If literal consent is required, who will be able to speak and provide this consent on behalf of the Indigenous rights-bearing group? Does it need to be explicit and in writing? How can consent obtained in the case of a major, linear project crossing many different traditional territories? Is a “consensus” or a “majority” of impacted Indigenous peoples sufficient to obtain consent? Or is it sufficient that government decision makers simply meet the “spirit” of consent?

A related question complicating the issue of consent is the meaning of “their lands and territories” in Article 32(2) of the Declaration. How is the requirement for consent modified if there is a historical or modern-day treaty where the Indigenous group may have validly exchanged its inherent Aboriginal rights in exchange for treaty rights? How would that impact the “consent” required before a project was to proceed?

These are very difficult questions and ones that will need to be grappled with in order to ensure the laws of Canada are consistent with the UNDRIP. It may be that it will take a series of court decisions that interpret and reconcile the laws of Canada with the language of UNDRIP until we reach any degree of legal certainty.

The Minister must, in consultation and cooperation with Indigenous peoples and with other federal ministers, prepare and implement an action plan to achieve the objectives of the Declaration.

Section 6 requires the Minister prepares and implements an action plan to achieve the objectives of UNDRIP. It is this action plan that signals that the intention of Bill C-15 is to establish a framework and process by which to achieve reconciliation as opposed to a set of rules to be complied with.

The action plan must include:

While the action plan is to be developed in consultation and cooperation with Indigenous peoples, Bill C-15 does not make it clear how this will be achieved or how to move forward in the face of what are to be surely multiple and differing views. In particular, will the action plan be aimed to accomplish the spirit or the letter of UNDRIP?

As indicated above, the second reading of Bill C-15 was commenced on February 17, 2021. To become law, Bill C-15 needs to undergo the complete legislative process including completion of the second reading stage, referral to and consideration by committee, the report stage, a third reading, and consideration and passage by the Senate. If passed by the Senate, the Bill will receive royal assent and come into force. While it is possible that Bill C-15 will be passed in its current form, it is also possible that it will not make it through the complete legislative process or that the Senate will insist on changes prior to passing the bill.

If passed in its current form, Bill C-15 will herald a new and significant stage in Canada’s journey to rectify the effects of colonization on Indigenous Peoples and advance reconciliation. However, given the differences between Canada’s existing legal framework and the aspirational wording found in UNDRIP, we may be in for a tumultuous time.

This is not necessarily a bad thing. Currently, the question of whether UNDRIP is to broaden, modify or alter existing Canadian law has created considerable uncertainty for, and in some cases outright opposition to, resource development. By facing the question of how UNDRIP applies in Canada head-on, we will gain clarity on the rights of Indigenous Peoples and their role in land and resource management decisions. In turn, this would lead to more efficient environmental and regulatory review processes and a stable legal environment in which development could proceed.

Perhaps then, it is time for Canada to proactively take steps to incorporate international standards for the treatment of Indigenous Peoples in order to pave the way for a smoother, more respectful dialogue on Canada’s common future. What is clearly needed are practical and workable solutions that will advance the goal of reconciliation while setting the stage for Canada to move forward and thrive. 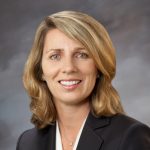